The 10 Most Powerful Benders In Avatar: The Last Airbender And The Legend Of Korra

Though Avatar: The Last Airbender and The Legend of Korra have introduced us to many benders, some are far more powerful than others. 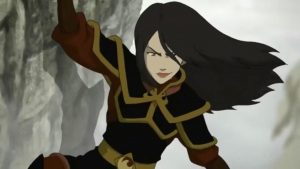 Azula featured as one of the main opposing characters to Team Avatar throughout the extent of A:TLA, and there are a few benders that could have taken her on one-on-one and lived to see the day. A part of the reason was her genetics; she was the granddaughter of Avatar Roku and Sozin, two of the most powerful firebenders. While Zuko had the same grandparents, his traumatic history could never allow him to become as overpowered as Azula.

Azula was one of the few benders able to produce lightning, and she used it often. She also never really made much effort into her attacks, and still managed to easily incapacitate people. If she didn’t become so unhinged, she would definitely have turned out to be equal to/more powerful than her father. 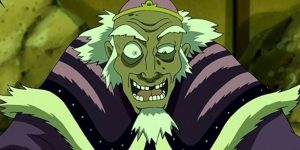 Bumi isn’t as clear-cut an addition to this particular spot on this list, in the way that the audience doesn’t know if he should absolutely be on the top or not, given the introduction to him at the final stages of his life. Even when he was 112 years old, Bhumi was verifiably one of the most powerful benders in the entire course of A:TLA as well as TLOK.

Even if the ease with which he took on Avatar Aang in the episode in which they first met isn’t taken into account, his power can be estimated by just how easily he single-handedly took back Omashu when he felt the time was right. Unlike any other earthbender in both shows, he was the only one who could earthbend without using any of his limbs. 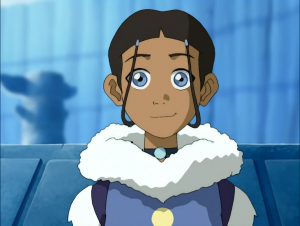 While many fans would object to Katara’s inclusion this high on the list, there are several factors that put her in the top section of any most powerful benders list. For one, she was able to best Azula simply by using her environment to her tactical advantage. When it comes to raw talent, Katara is arguably up there with the best.

In the episode “The Puppetmaster”, she was introduced to bloodbending and immediately picked it up to use it back on Hama in a matter of minutes. She also held her own against multiple skilled benders in the final episode of the second season of A:TLA, and only gave up when she saw Aang collapse. She also knew healing, which is a pretty powerful ability on its own. 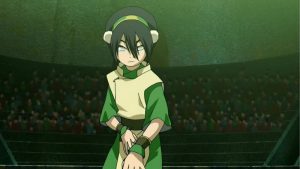 There is nothing about Toph to dislike. As a blind earthbender who taught herself just by exploring the underground caves and making friends with badgermoles, Toph was one of the most powerful benders in the two shows. Most earthbenders don’t even come close to her in raw skill.

As demonstrated by the fact that she was completely ready to take on Azula, Ty Lee, and Mai all by herself while running away from them, and having seen her in other fights, she wasn’t the one to overestimate her powers. She was also one of the few benders who figured out a new way of bending, i.e. metalbending, just by concentrating on the pieces of metal in the Earth and bending them to her advantage. While the Iroh in A:TLA was a severely diminished version of his former self due to his son’s untimely demise before the events of the show, it’s easy to tell just how powerful he was by references to the past as well as his prowess in the battlefield in the final episode. Once called the Dragon of the West, Iroh was known to have breached the Outer Wall of Ba Sing Se in his siege of the city, something no one had been able to do before.

He was never the “raw power” kind – demonstrated by the single flicker of fire he used to replace the Fire Nation in the finale with that of the Earth kingdom rather than a loud bang. Iroh, was, however, a master of his technique, and able to turn Zuko into a much better firebender with his patience and teaching. The very first Avatar had his story told in flashbacks that helped explain the extent of the Spirit World and just how later Avatars were able to connect to their past incarnations. He was, arguably, the weakest of Avatars since he didn’t have any previous versions to draw from, but the fact that he was able to become the Avatar at all showed how strong he was.

When Wan began mastering the different elements, he did it as a way to promote balance in the world, and with the help of a powerful spirit. At the time, humans weren’t meant to be able to take on all of that raw power, but he did it anyway, and he gave birth to a legacy. 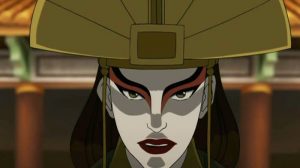 While many previous Avatars were mentioned throughout the franchise, Kyoshi is one of the few the audience gets to see in action via flashback. She also got her own book exploring her life, making it a bit easier to gauge just how powerful she was.

Earthbending was Kyoshi’s best skill and one particular legend proved just how powerful she was. With her power, Kyoshi created her own island, removing it from the mainland and giving the warrior women who emulated her a place of sanctuary. She was a ruthless Avatar who was willing to fight first and talk later, but she always weighed her decisions carefully. 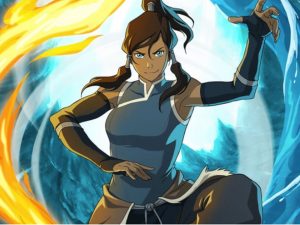 Avatar Korra accomplished many feats to earn her spot here. Even if her extraordinary feats in the many finales of the various seasons aren’t taken into account, Korra was visibly a prodigy.

Korra’s prowess with the various branches of bending when she was a child is shown in the way of flashbacks in the first few episodes of the series. She was also the Avatar, and always had the ability to call upon the immense power of all the Avatars before her to help her. In season 3, she was able to best Zaheer despite having poison designed to neutralize an Avatar and end the Avatar cycle, something that even Zaheer – with his infinite wisdom – wasn’t expecting her to do. 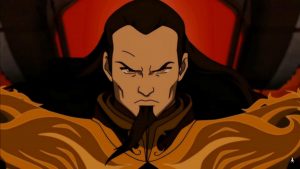 Ozai was the most powerful non-Avatar bender in the entirety of the two series, and there are many reasons. For one, Iroh was doubtful about taking on Ozai and winning when he was talking about it with Aang, and he knew his own skills. Aang was also visibly concerned about fighting Ozai throughout the series and realized that it wouldn’t be an easy feat despite being the Avatar.

Ozai was completely familiar with his element, as shown by how quickly he felt the Sun coming out of the eclipse despite being underground during his confrontation with Zuko. He could also fly, during Sozin’s Comet. Most importantly, he almost defeated Aang – a master of all elements instead of just the one – in the final fight between them, until Aang entered the Avatar state and took his bending away. 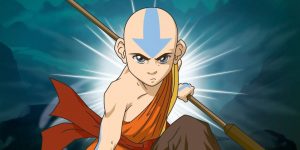 Aang was the Avatar and the last airbender, just like the name of the show suggests. He wasn’t just well-equipped to take on any threat, since he was also physically a kid and spent most of his life frozen with Appa. Despite that, Aang accomplished feats throughout the first series, as well as in the way of flashbacks in the second, no one else even came close to.

Aang was also the only bender to have known how to energybend – a technique given to him by the oldest sea turtle – and has been known to use it at least two times for good (Ozai and Yakone). While he does get extra points for composure, he was also visibly fierce and scary in the Avatar State, which suggests that only a fool would consciously take him on. While he did come close to being defeated by an overpowered Ozai due to Sozin’s Comet, he wasn’t, and in turn, ended up stripping him of his bending and single-handedly ending the Hundred Years’ War. 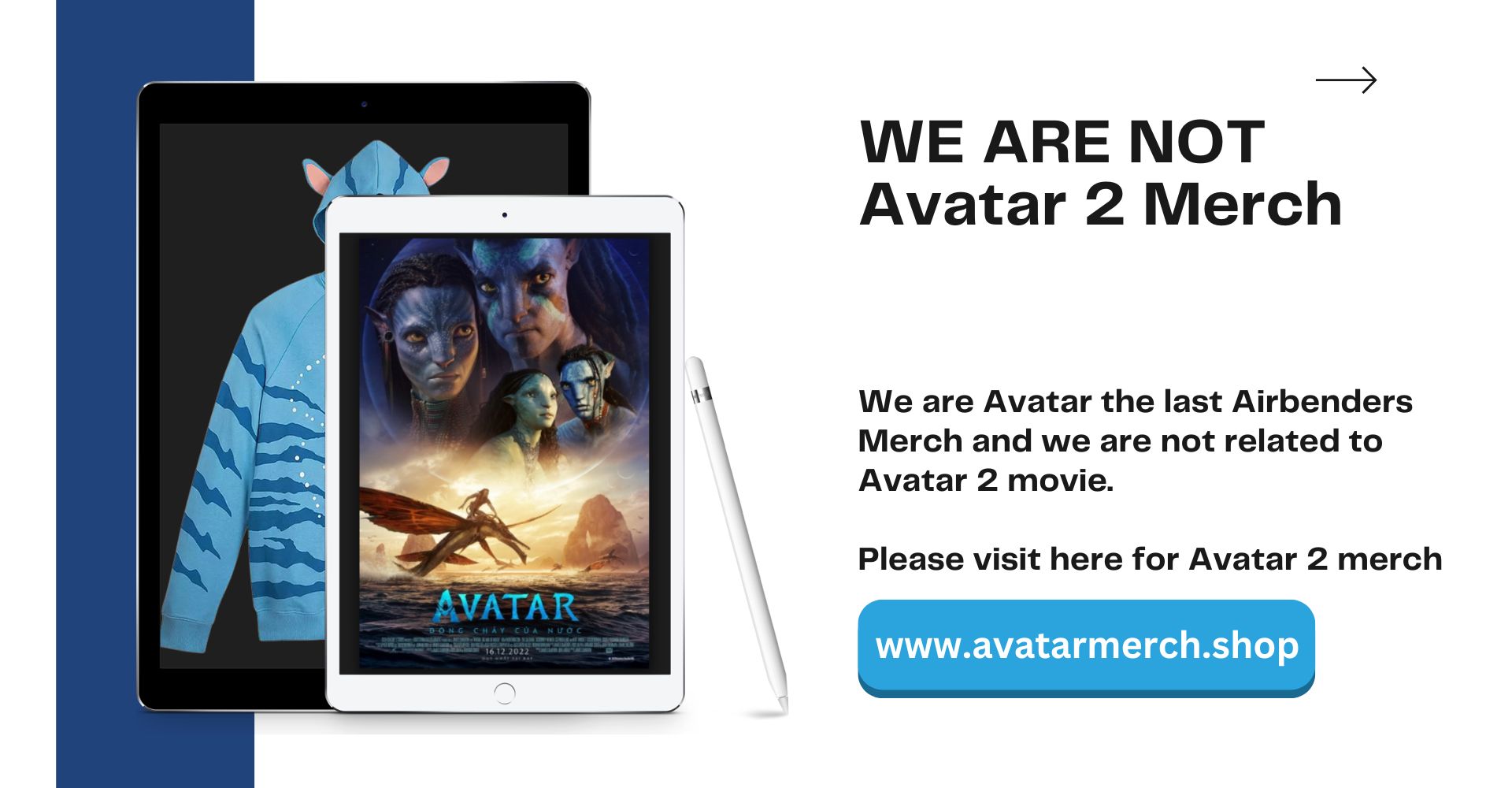