Avatar: The Last Airbender is home to many inspiring and thoughtful quotes dropped by some of the best developed characters in television.

5. “Pride Is Not The Opposite Of Shame But Its Source” Kicking off the list is one of many amazing quotes from the wizened military genius of the Fire Nation himself, General Iroh. For the uninitiated, General Iroh aka Uncle Iroh is the commanding general of Fire Nation’s army and a surrogate father figure for Prince Zuko — often chiming in with timely lessons, proverbs, and advice when the exiled monarch-to-be is in need of instruction.

In this particular quote, Iroh teaches the petulant heir to the kingdom about the importance of humility, and how humbling one’s self is the only cure to the lethal pride that destroys not only kings but their kingdoms as well. 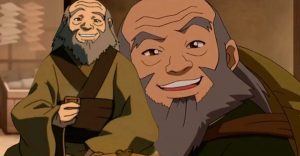 Speaking of General Iroh, another one of his most impressive quotes deals with perseverance and steadfastness no matter how dark the world may seem around us. “You can’t always see the light at the end of the tunnel,” Iroh says. “But if you just keep moving you will come to a better place.”

This is the nature of progress, refusing to quit while continually putting one foot in front of the other. The idea here is that if you keep moving forward that eventually, in the end, you will persevere against the storm and arrive at greener pastures. 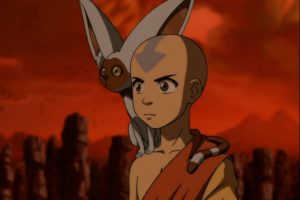 Right from the mouth of the last air bender himself, Aang’s quote speaks to the importance of releasing negative emotions while still embracing the ability to express them. “You need to face this man,” the avatar says, “but when you do you need to let your anger out… then let it go.”

And how true this is! Negative emotions like rage, unforgiveness, and shame eat away at the human soul and devour lives in bitterness. Only when human beings can express these emotions and purge them from our hearts will we truly be free to flourish.

2. “Hope Is Something You Give Yourself” 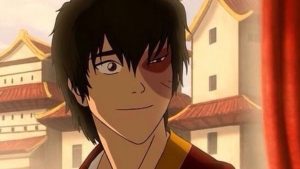 While it’s true this quote started off as something spoken by General Iro, Zuko echoed this proverb in later seasons, punctuating a truth the fire bender deeply needed to learn. As the full quote goes, “In the darkest of times, hope is something you give yourself.”

This is a direct echo of “No, Zuko! You must never give in to despair! Hope is something you give yourself. That is the meaning of strength.” And it ‘s true. In the darkest of times, when no external shots in the arm arise to help one keep moving forward, one has to look within, finding new ways to persevere. Hope, as the quote alludes, is a mindset.

The next quote is brought to you once again by Aang, the last air bender and Avatar of the nomadic Air Nation. Biting and universally true, Aang’s words, “When we hit out lowest point we are open to change” couldn’t be truer.

Often times, it’s when one hits rock bottom that all pride and ego is shattered, opening one up to the truth they needed to hear all along. Unfortunately for human nature, though, hitting rock bottom is often needed to provoke such change. If only humanity was less stubborn.

Is there any quote above that make you impressed? Visit our blog here to get more amazing infor about Avatar: The Last Airbender.